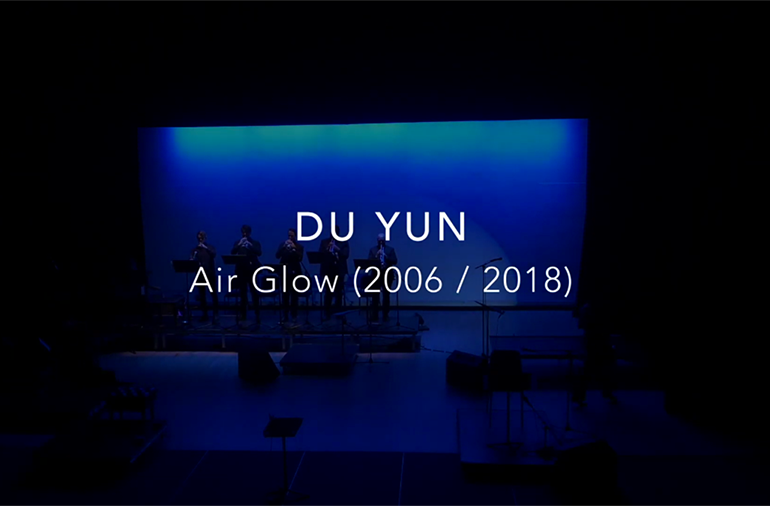 Commissioned by the Festival of New Trumpet

Commissioned by the New Trumpet Festival

Studio recording of the piece can be heard from album, Dinosaur Scar.

AIR GLOW is a 2019 GRAMMY nomination in the category of the Best Classical Contemporary Composition. Composer: Du Yun. Performer: International Contemporary Ensemble Live performance of the work from Du Yun Composer Portrait Concert at the Miller Theatre. Air Glow was commissioned by Festival of New Trumpet Music in 2006, for 5 trumpets and laptops, and I added the electric gutiar/e. bass for the 2018 edition. Studio recording of the piece can be heard from album, Dinosaur Scar. Album on Spotify: https://open.spotify.com/album/1W7HTJ…