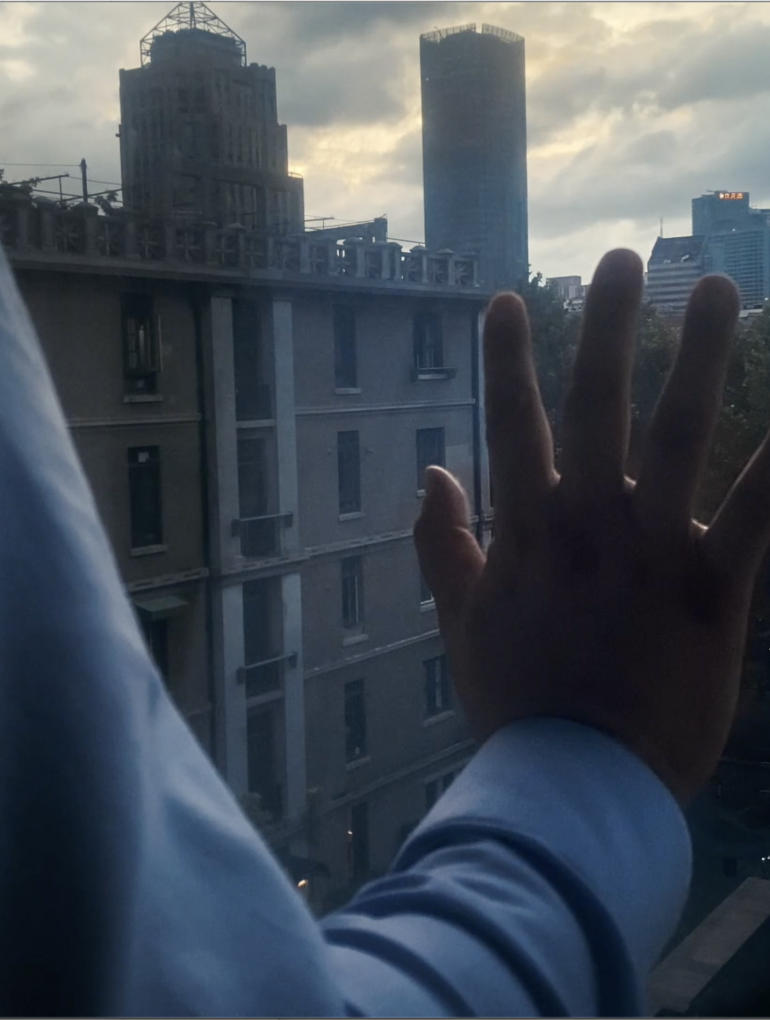 Supported by Boosey & Hawkes in memory of Tony Fell

For an outstandingly imaginative and engaging chamber-scale work receiving its first UK performance, presented digitally or for a live audience.

This year’s shortlist for Chamber-Scale Composition was decided by an independent panel drawn from across the music profession comprising:

The Chamber-Scale Composition category is kindly supported by Boosey & Hawkes in memory of Tony Fell, who was the publishers’ Managing Director from 1974-96, and former Chair of the Royal Philharmonic Society.

Eight leading composers including Du Yun, Thomas Adès, Freya Waley-Cohen and Nico Muhly chart the ways lockdown has eroded our way of life. By setting poetry, letters and speech, each orchestral song brings a new perspective on physical isolation. And each is performed in sequence by a different singer, alone in a variety of locations. The eight films directed by UK film-maker Billy Boyd Cape combine for a compelling musical tapestry of physical separation. Oliver Zeffman, who commissioned each song, conducts members of the Academy of St Martin in the Fields, each musician recorded separately in isolation.

In truth, we find silence,
In silence, we build solace

You turn black, o cloud,
and let your brow sink.
Something disturbs you
I see you weep

The sound that first melted
bursting with blossoming
The city, re-awakening

The bird chirps, the spring begins to trill,
the bellowing beckons
reviving
The wings soar over a forest,
left a sound of waves over the leaves
the flowers flourished the roof,
a life, every grass a spring

One of the most powerful pieces is Du Yun’s Every Grass a Spring, which Shenyang performs from an anonymous hotel room. The words are based in part on newspaper reports by the composer’s friend Yang Nan, who was embedded in Wuhan for four months. It is inescapably bleak and incredibly beautiful, with language – “Spring will revisit you / She who loved you will love you anew” – inspired by the city’s emergence from lockdown.

…
The cherry on the cake of a remarkable document of these strange times that encourages us to consider the precious things that bind us. Love, friendship, connection, community, nature, music. And, sometimes, Larkin.

This new work by an international collection of singers and composers and shot on iPhones offers a rare kind of unison.

How to produce an opera in lockdown

In the void left by restrictions on theatres, opera has pursued a shadow life elsewhere. The English National Opera has managed a zany drive-in version of “La bohème” in a car-park in north London, but most companies have resorted to streaming old shows, with the odd effort on Zoom. “Eight Songs from Isolation”, a 45-minute work created by eight composers, takes a

new approach: forget the stage, commission for today’s medium, and put the drama where it counts—in the music.

The idea of a “socially distant” opera occurred to Oliver Zeffman, a British conductor, when it became clear that two fundamental elements of concerts—interaction between artists, and between them and their audiences—might be out of reach. He commissioned eight composers around the world, from established names such as Nico Muhly, an American, to Freya Waley-Cohen, a rising talent based in Britain, to write songs responding to the concept of isolation. Using iPhones, the singers filmed themselves performing the results in or around their homes, guided by Billy Boyd Cape, the director, and accompanied remotely by musicians from the Academy of St Martin in the Fields in London.

Together they show how digital opera can maintain some of the enchantment that makes the onstage kind so powerful. The traditional linear plot is abandoned in favour of eight miniatures. By turns subdued, playful and deranged, the songs run the gamut of bridled lives under lockdown.

Some of the libretti are drawn from poems; others take inspiration from reality. The Russian composer Ilya Demutsky unexpectedly adapts the rant delivered by a hostage-taker during a recent bank heist in Moscow. The use of a sheng (a reed instrument) and the Chinese lute make Du Yun’s piece the least conventional. The lyrics reflect on a city’s burst of blooms: “re- awakening/the spring begins to trill outside the window”. The line becomes more poignant when you learn that it comes from a newspaper report written by the libretto’s co-author, Yang Nan, who was locked down in Wuhan earlier this year.

Now available on Apple Music, “Eight Songs from Isolation” proves that remote collaborations can succeed if classical musicians abandon conventions that belong to the proscenium. In the 18th century Mozart saw the potential in song and orchestration to dramatise life’s more absurd predicaments. Today, with almost all auditoriums closed, that is harder. Mr Zeffman’s decision to shed the theatrics of the stage to focus on stories and music forfeits some of opera’s glamour. But it brings a serious musical response to these times onto listeners’ screens and into their homes.