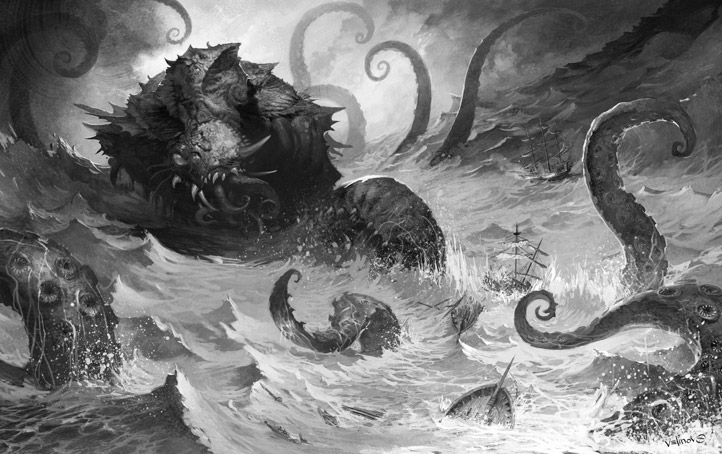 Commissioned by the Detroit Symphony Orchestra

In 2009, I began to use a series of title that are based on mythology fables for my works.

These half gods half demons are at once familiar and foreign, figures alive across many cultures, latitudes and ages. This sensibility is very close to me at heart: it speaks the belief I endure, of life we live are often land on the edge of the inbetween-ness.

We don’t know what is a Kraken*. And yet we could often see ourselves in these mythological figures. As if, a memory from past of the future, future of the past. We are able to recognize all these elements in us.

The Kraken, non narrative, non programmatic, I borrowed the idea for its intangible spirit. Instead of movements, the piece incorporates three chapters. The idea is appropriated from the structure of some novels, where narratives can be developed parallel in consecutive chapters, rather than a linear thematic development. To witness a figure that mutates over time and to see how the matter detangles, unfolds and dissipates.

*A Kraken is a Sea Dragon, or Sea Serpent, it might have a hump a mile and a half long, and arms that can encircle the largest ship.