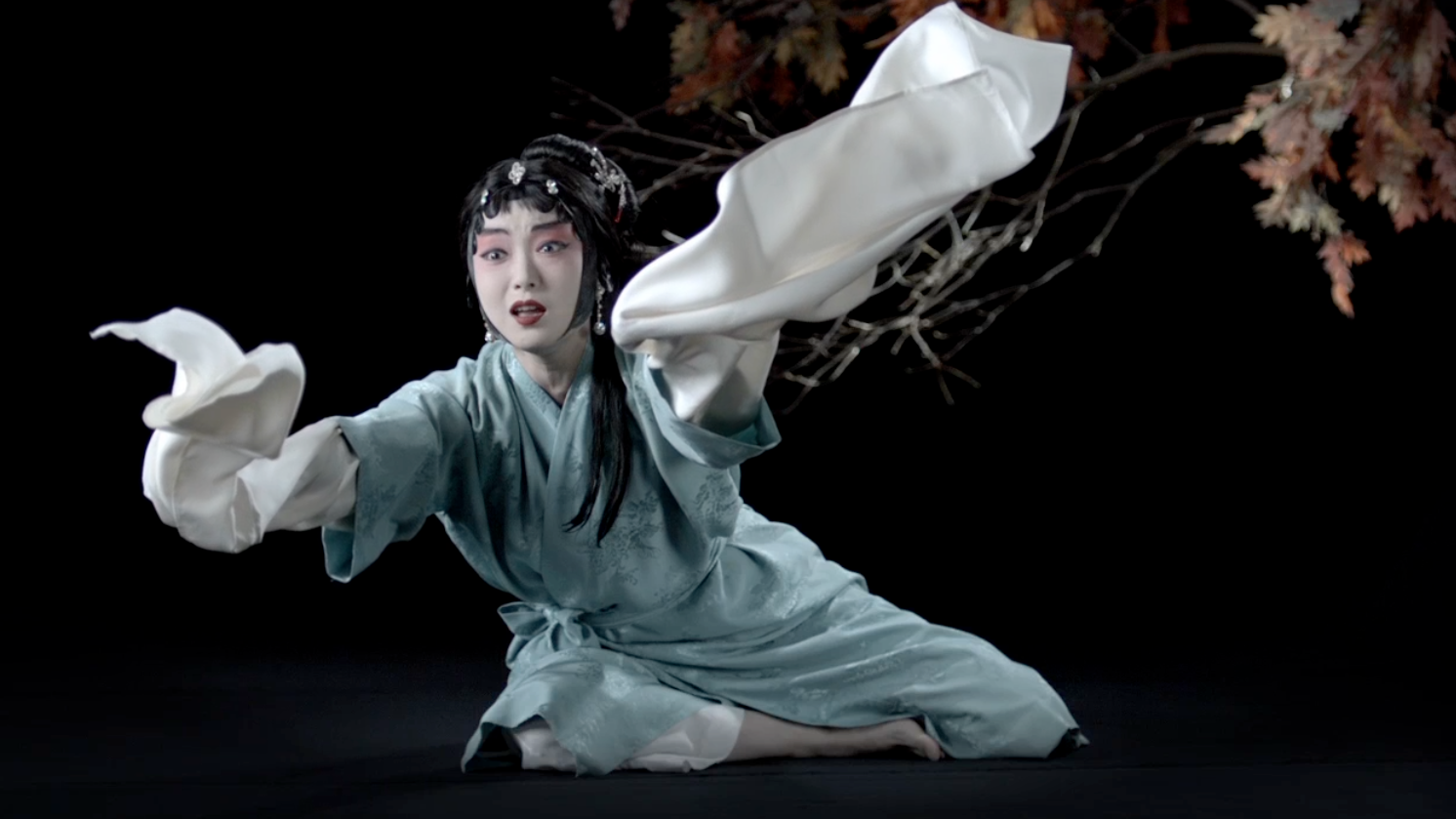 Film: Portraits in the Dramatic Time by David Michalek

In summer 2011, I made a sound design for visual artist David Michalek’s “Portraits in Dramatic Time.” It is a video installation that used ultra-high-speed, high-definition cameras to record several well-known theater and film performers in a scene. In other words, the visual sequences were not digitally altered. The project slows the frames to display each emotion in larger-than-life detail as it is projected onto a screen that’s 85 feet wide and 45 feet high. The work was presented as part of Lincoln Center Festival, utilizing the façade of the David H. Koch Theater as a media canvas. In the beginning I wanted to use three different shorts out of 45 shorts from Michalek’s Portraits in Dramatic Time.

But after the first workshop, I aborted the idea. After talking to David, we decided to use two different sets of the shorts. It was also because this is not scoring for films. I did not want to create music scene by scene, jumping from each flashcards.

Portraits in Dramatic Time was shot using ultra-high speed, high-definition cameras. The Performers were given roughly 10×10 feet of space to work within. The cameras were fixed, and the live action was recorded for duration of 10 – 15 seconds depending on the scene. Within these constraints, dramatic narratives were condensed down to an essence.

Each scene-sequence of drama was crafted to provide a physical metaphor for an emotional condition. This was created through various means—determinants (the problem, plot, theme, or context of the characters and their circumstances), consequences (deliberate manifestations of feeling as gestures and expressions), moods (induced in the character and filling the scene), and involuntary emotions (internal emotional states).

First is the Chinese Kunqu opera performer, Qian Yi; the other is the quintessential New York theater artist, Ruth Malaczech (of Mabou Mines.) These two performers cannot be more different in terms of cultural background and performing practices. And yet upon close look, one might find the gestures each depicted are remarkably familiar, the trajectory of each of  their executions are outlandishly echoing each other.

Here is another picture that was inspiring for me when I composed the piece. The frozen moment, and yet one still witness the movements in a reposed, and stand-still moment. The seconds has elongated.

As the piece goes along, my interest takes another shift. I become further interested in detailing the movement within a similar gestures and each of them embodies an underlying burst. It’s as if finding and locating a miniature painting. Looking at the forms and lines, and to see how the gestures each form and align and take a shift and turn.

It is almost subversive in today’s culture to write with a media that is created in analogue and with no digital alteration. Even though the outcome looks very nuanced and otherworldly and at once with an inherent ultimate poeticism.

This is perhaps what it investigates: when we slow down, we see a lot of nuances that’s never seen before our eyes. And when we hear many lines composed together and moving tantalizingly in their own many similar and yet slightly different melismas, the listening involvement becomes more of a temptation. The creator the performers the narrative and the scenery have become seductress, to lure the audience into another world.

In the end, I do think that the process is less important — whether or not it was digitally-altered or analogue representation. But the ending result of  what we are willing to see and what we are willing to hear to listen is what I am interested in exploring. And I do believe this is an artist’s responsibility — to unveil another layer of a reality through the world around us.