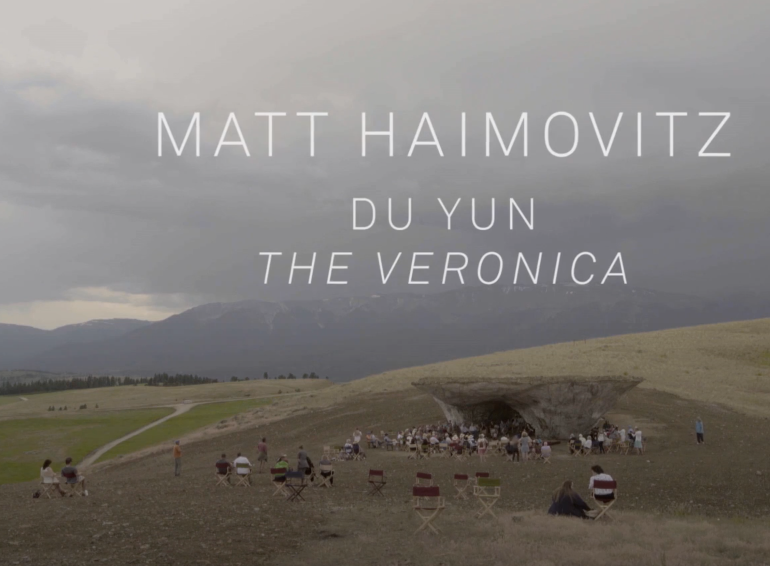 Commissioned by Matt Haimovitz, for Overture to Bach Project

Matt Haimovitz’s continuously-evolving and intense engagement with the Bach Cello Suites reaches a new zenith with Overtures to Bach, six new commissions that anticipate and reflect each of the cello suites. The new overtures expand upon the multitude of spiritual, cross-cultural, and vernacular references found in the Bach, building a bridge from the master’s time to our own. The solo cello recital has been a Haimovitz trademark since the year 2000, when he made waves with his Bach “Listening-Room” Tour, in unconventional venues throughout the US. In the fall of 2015, he released his profound new interpretation of the Bach Suites, The Cello Suites According to Anna Magdalena, inspired and informed by an authoritative manuscript by Bach’s second wife, and performed on period instruments.

The new album, Overtures to Bach, pairs each new work with the Prélude from the suite it introduces, with Haimovitz performing on cello and cello piccolo. Philip Glass simply and eloquently prepares the audience for the first Suite with his Overture, encouraging an open and calm frame of mind. For the second suite, Du Yun creates a heartbreaking quilt of cries in The Veronica, mingling a Russian Orthodox prayer for the dead, Serbian chant, and central European gypsy fiddle music. Vijay Iyer’s Run responds to Bach’s third suite with infectious energy and kinesthetic rhythms that celebrate the natural resonance of the instrument as well as the composer’s jazz roots. Then, Roberto Sierra’s La memoria plays on our memory of Bach’s Suite IV, seamlessly referencing motivic fragments and creating a kaleidoscopic mirage with the exotic flavors of Caribbean bass lines and salsa rhythms. David Sanford’s Es War, a response to the fifth suite, opens with a tour de force of pizzicato, then wrestles with Bach’s epic fugue with a saxophone’s wails. For the sixth and final suite, Luna Pearl Woolf is inspired by pre-Western Hawaiian chant, taking full advantage of the virtuosic properties of the cello piccolo and treating it operatically, from the low bass to the soprano stratosphere.

Overtures to Bach spans more than time, linking us to far-flung corners of our musical world and offering an entrée into six distinct compositional voices. Then, as Philip Glass writes, “Just let Bach’s music begin. It’s there for the listening.”

If you do not know, Matt Haimovitz is that enormously talented, accomplished and daring more-or-less young cellist who has embarked on a series of brilliant, genre bending cello albums that I have covered on this blog–many of them anyway. Even though I awoke this morning with the musical theme from the Bugs Bunny Show playing in my head (“On with the show, this is it!”), Matt’s latest is a bit more serious, to say the least. (But then Bugs Bunny was seriously funny, so….)