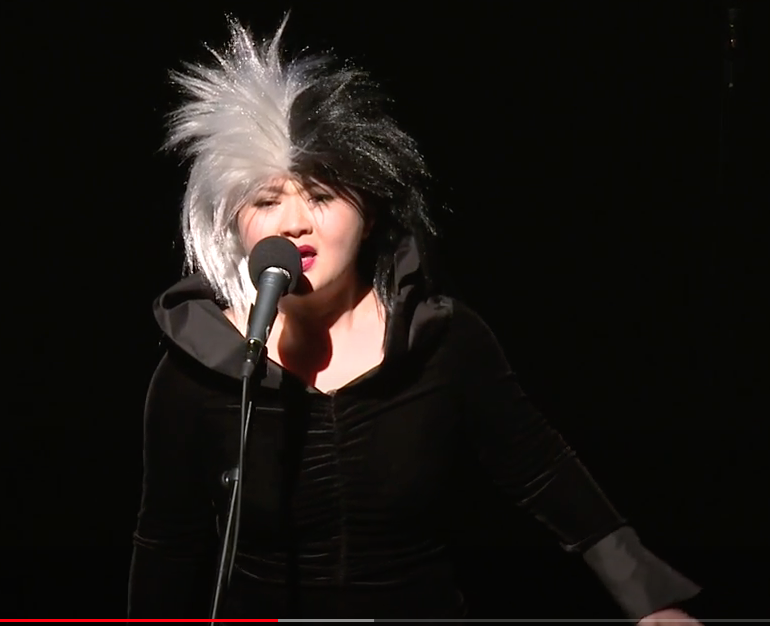 In the summer of 2011, composer Du Yun was invited to create the sound design for visual artist David Michalek’s Portraits in Dramatic Time, projected on the façade of Lincoln Center’s Koch Theater as a part of the Lincoln Center Festival. It was a fortuitous commission, inspiring, to date, four works, including the work heard tonight. Filmed in ultra-high-definition, Michalek’s video slows down a scene acted by several well-known performers to a glacial pace in order to emphasize and highlight their emotions. In taking a gesture and examining it microscopically, as in the locomotion studies of Muybridge, the details of movement are presented and its essence revealed. As Muybridge learned, the horse flies. Du Yun writes, “it is as if I am looking very closely into a miniature painting, examining the shapes and lines, finding how the gestures each form and align and take a shift and turn.” “For as long as I can remember, I’m bewildered by bereavement. This physicality to me is an undefined transcendence; when and how our bereavement pauses, recharges, morphs and restarts. Along the way, we often hold bereavement reserved for ourselves. I am so close to you I am distant, I am so mingled with you I am apart, I am so open I am hidden, I am so strong I totter.” The work’s title, The Man Who Swallows a Snake, comes from a poem of Rumi, in which a snake crawls into the mouth of a sleeping man, and is dislodged in an unorthodox way by a passing rider. The narration heard in the third movement – from inside the contrabass – is from the poem Beyaz [White], written by and narrated by the Turkish poet Lale Müldür and recorded by the composer in Istanbul.

Ms. Du, born in China, who sang the terrifying vocal line in “The Man Who Swallows a Snake” (2015), her meditation on the mysteries of bereavement.

So did Ms. Du’s work, which began with a riot of drum, bass and electronic sound before the video began, showing mourners grieving in slow motion around a corpse. Ms. Du appeared onstage suddenly, wearing a spiky, black-and-white wig and a dress decorated with a large red uterus and yellow ovaries (the yellow, she said was meant to represent cancer), and delivered a vocal line couched in blood-curdling roaring, screaming and other intimations of naked emotional rawness. Nothing in the festival approached the work’s visceral power.