Women: The War Within 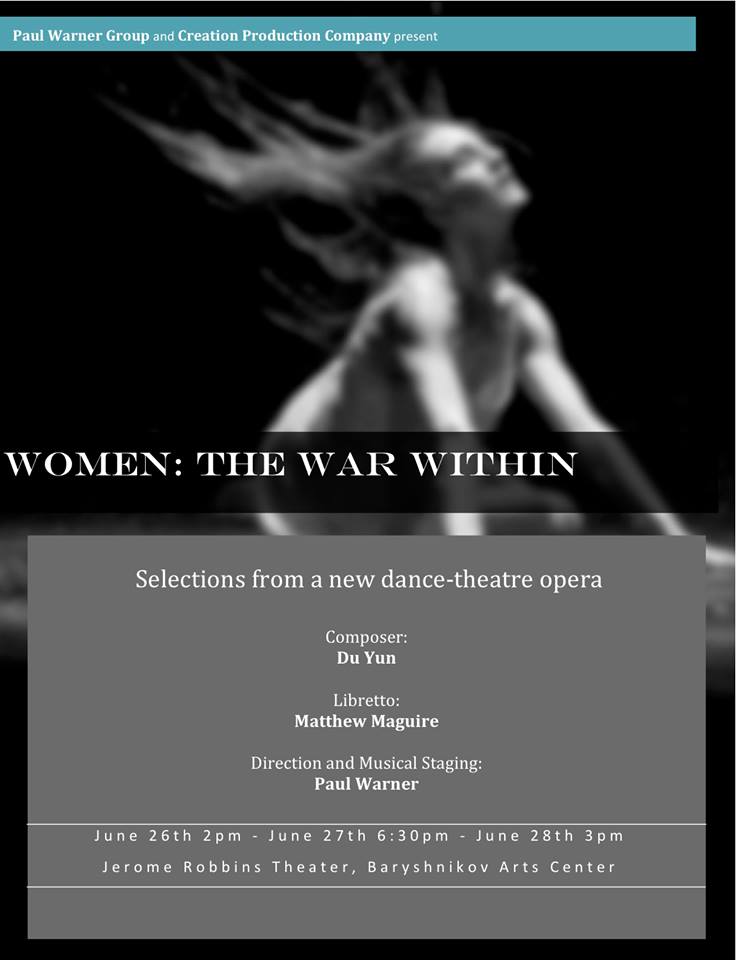 In this new multi-disciplinary work that explores the rise of female consciousness in the pursuit of power, four of the most powerful women in history meet: Empress Wu, the only female Empress of China, Cleopatra, the last Pharaoh of Egypt, Aung San Suu Kyi, Nobel Peace Prize-winning activist of Burma, and Hillary Clinton, American stateswoman. The ancient ones are haunted by the murders and seductions by which they forged their path to power. Encountering their warlike ancestors in a parallel universe, how will Aung San Suu Kyi and Hillary Clinton confront the war within? How does power transform us?

Showings will be held at:

The running time is approximately 45 to 60 minutes.
(The showing on June 27th will be followed by a brief reception )

Start typing to see results or hit ESC to close
Opera Sweet Land The Industry compilations albums
See all results
Go to Appearance > Customize > Subscribe Pop-up to set this up.
5 Minutes That Will Make You Love 21st Century Music