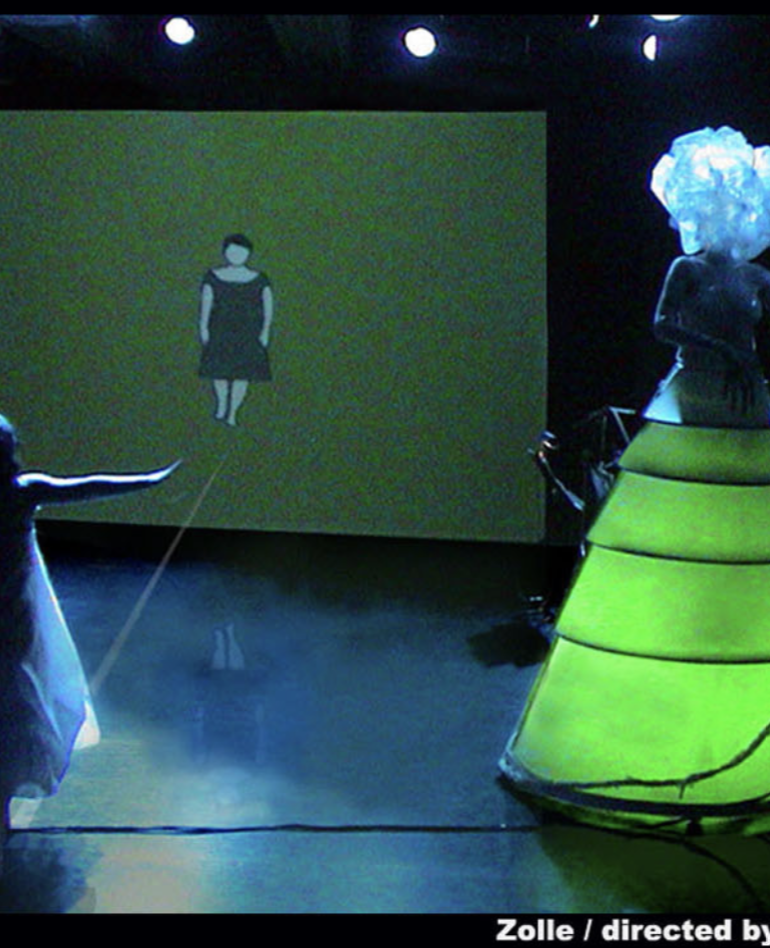 Zolle, an opera-theatre narrative of a dead woman, wanders through the shadowy space between memory and reality, tracing the lines of her identity through the land she once walked: an immigrant in death as in life.

The libretto was written by the composer.

Read the text for ZolleDownload

Zolle was underwritten by the generous support from Jerome Foundation

Du Yun’s score employs spoken text as well as lyrical and dramatic vocal lines, and evokes the psychology of being an immigrant adapting to a new culture and land. Dangerous landscapes are depicted by dark timbres and ghostly trills. The cast includes soprano Hila Plitmann, mezzo-soprano Hai-Ting Chinn and tenor Brian Anderson. The libretto is by the composer.